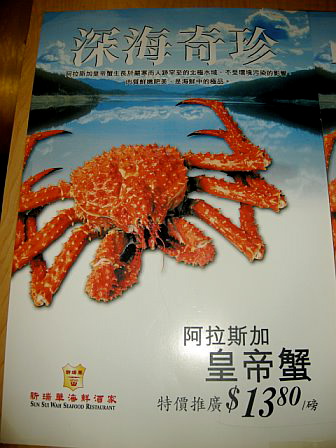 It’s that time of year again, when the Alaskan King Crab turns up at the Sun Sui Wah Restau­rant on Main Street. It’s a com­bi­na­tion of spec­ta­cle and cui­sine that only lasts for a few weeks. This year, we got togeth­er with a bunch of friends and had one. 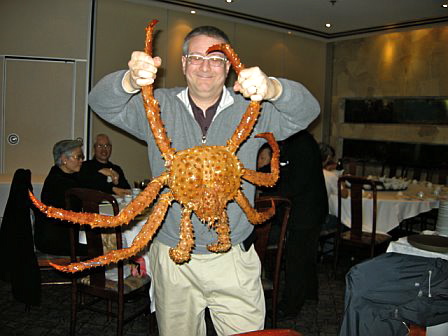 I got my turn hold­ing him. I have to admit that for a moment it did remind me of one of the crea­tures from Alien. I always won­der who was the first per­son to try eat­ing what looks like an enor­mous insect. Nev­er mind, as you can see, all’s well that ends well (in our stom­achs, that is): 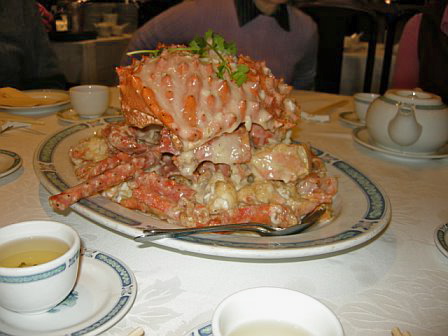 Thanks to Irma Cho for these fun photos.