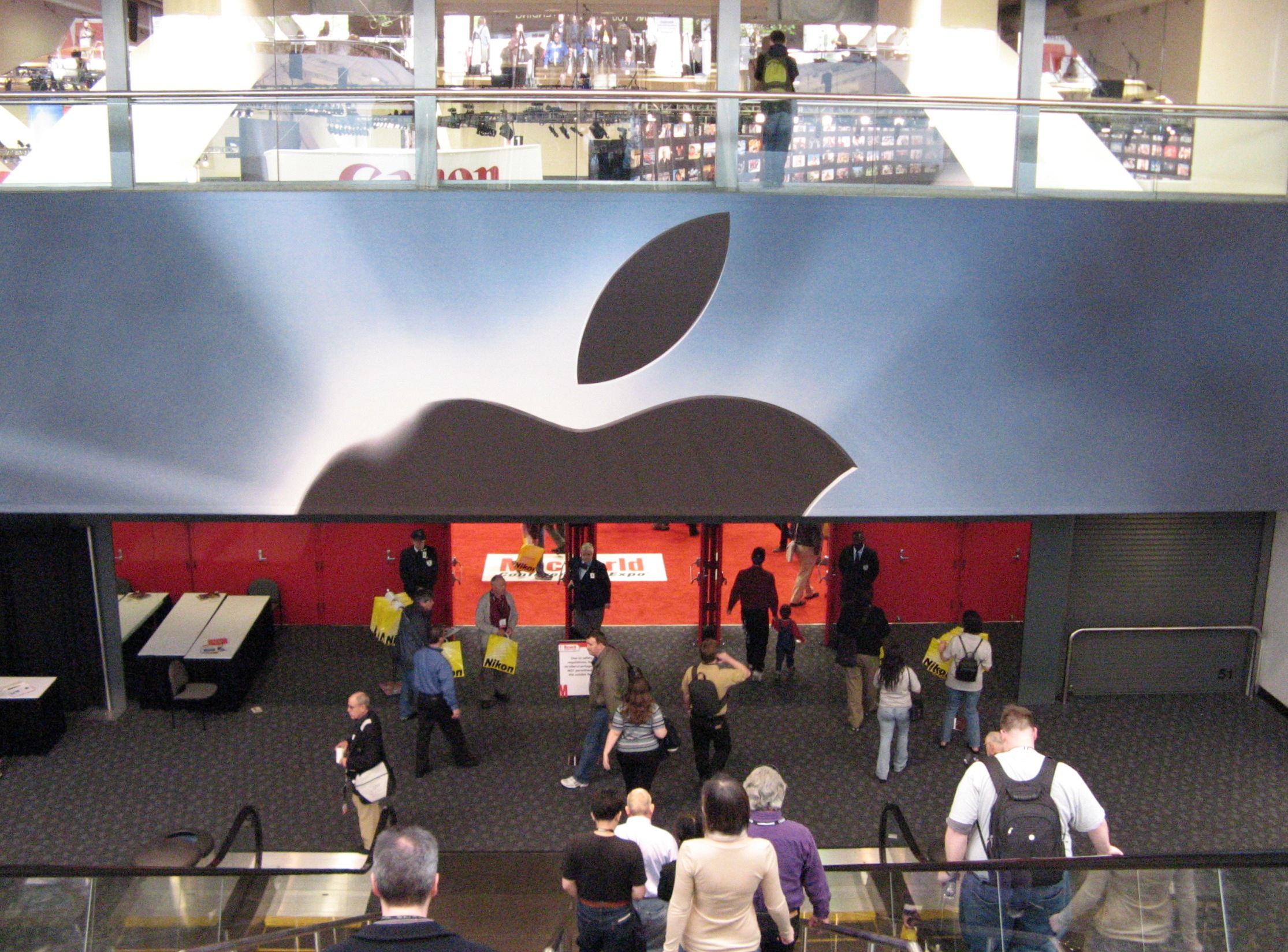 It’s been a long day, and I’m typ­ing on ye olde Tibook for what I fear will be one of the last times (the poor met­al hulk is in its final days, with a per­ma­nent green line on the screen that extends from top to bot­tom about 3 cen­time­ters from the right edge).I man­aged once more to make it into the Keynote, albeit bare­ly (no seats left, so I stood with hun­dreds of oth­ers at the back). There must have been the equiv­a­lent of the pop­u­la­tion of a small city in the West Hall of the Moscone Con­ven­tion Cen­ter. It was a lit­tle unnerv­ing just get­ting up and down the series of esca­la­tors to the third lev­el where the Keynote was. If we didn’t keep mov­ing, there could have been an ugly pile-up.

The new­ly announced iPhone looks very impres­sive, and I’m pleased to see Apple once again pulling the rest of the indus­try for­ward. Many peo­ple (myself includ­ed) would have very dif­fer­ent lives if not for the cre­ative ener­gies of this leg­endary com­pa­ny, now 30 years old. Jobs also announced that Apple Com­put­er was chang­ing the name of the com­pa­ny to sim­ply ‘Apple, Inc.’ That said, I’ve been dis­ap­point­ed to hear that Apple has no new lap­top com­put­er for me to replace this one with (I was hop­ing for some­thing small and light, but it looks like the 15-inch will have to do). They may be los­ing the Com­put­er from the name, but they’ll keep mak­ing their for­mer namesake.
Haven’t seen as many peo­ple that I know as usu­al. That may be because I’ve been spend­ing most of the first 2 days in a class on admin­is­ter­ing an OS X Server.